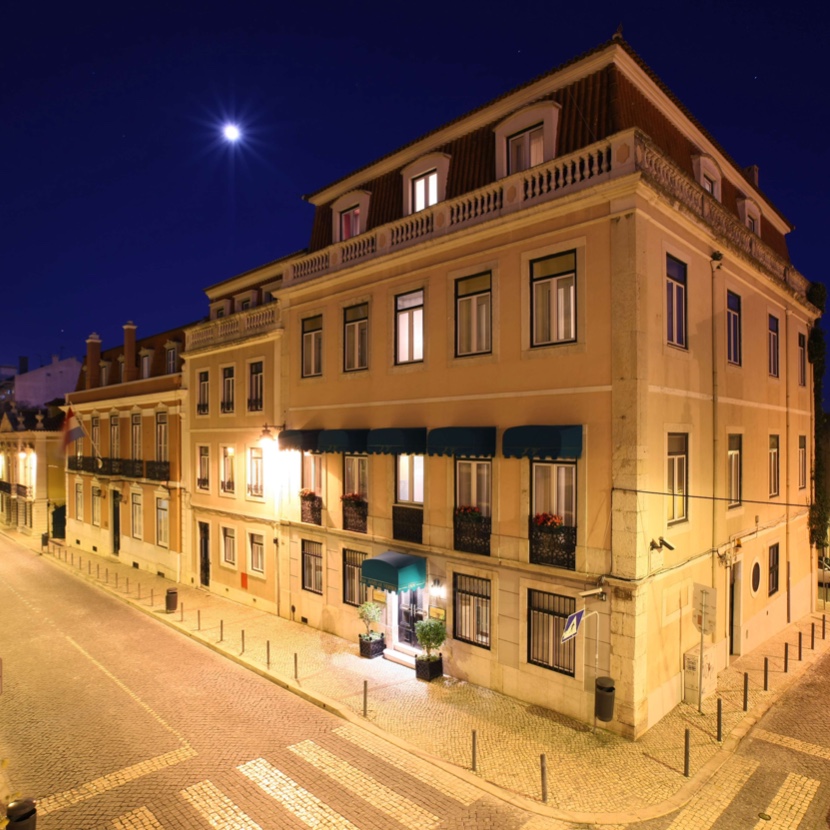 A small unit comprising 29 rooms, a living room and a library with a view over the Tagus, its decoration project designed by Graçinha Viterbo maintains the unique atmosphere of the Portuguese noble homes.

Objets d’art, books and family photos suggest the scene for a novel. In actual fact, this house is thought to have been the inspiration for the famous «Ramalhete» from the work of literature «Os Maias» penned by Eça de Queirós. One of the most prominent authors of European «Romanticism», the «presence» of the writer who lived here is bedecked in details to be discovered during your stay.

Situated at number 47, Rua das Janelas Verdes (Green Windows Street), the palace belonged to the family of the Counts of S.Lourenço- Sabugosa and it gets its name from this location. An illustrious lineage amongst many others who chose to inhabit this fervent axis of movement until the late 19th century. From then onwards, the artery becomes calmer as well as the epicentre of Lisbon intellectual life. Largely due to the opening of a boarding house in part of the Marianos Convent in 1880 by two English ladies where numerous artists stayed.

The Lourenço-Sabugosa family maintained its residence in the section recovered as a boutique hotel by the Heritage group. Now, it is known that the Count of Sabugosa was part of the famous group of intellectuals «Os Vencidos da Vida» (Life’s Losers), which Eça de Queiroz joined in 1889. There are thus strong indications that the plot of «Os Maias» actually takes place at the House of “As Janelas Verdes”. 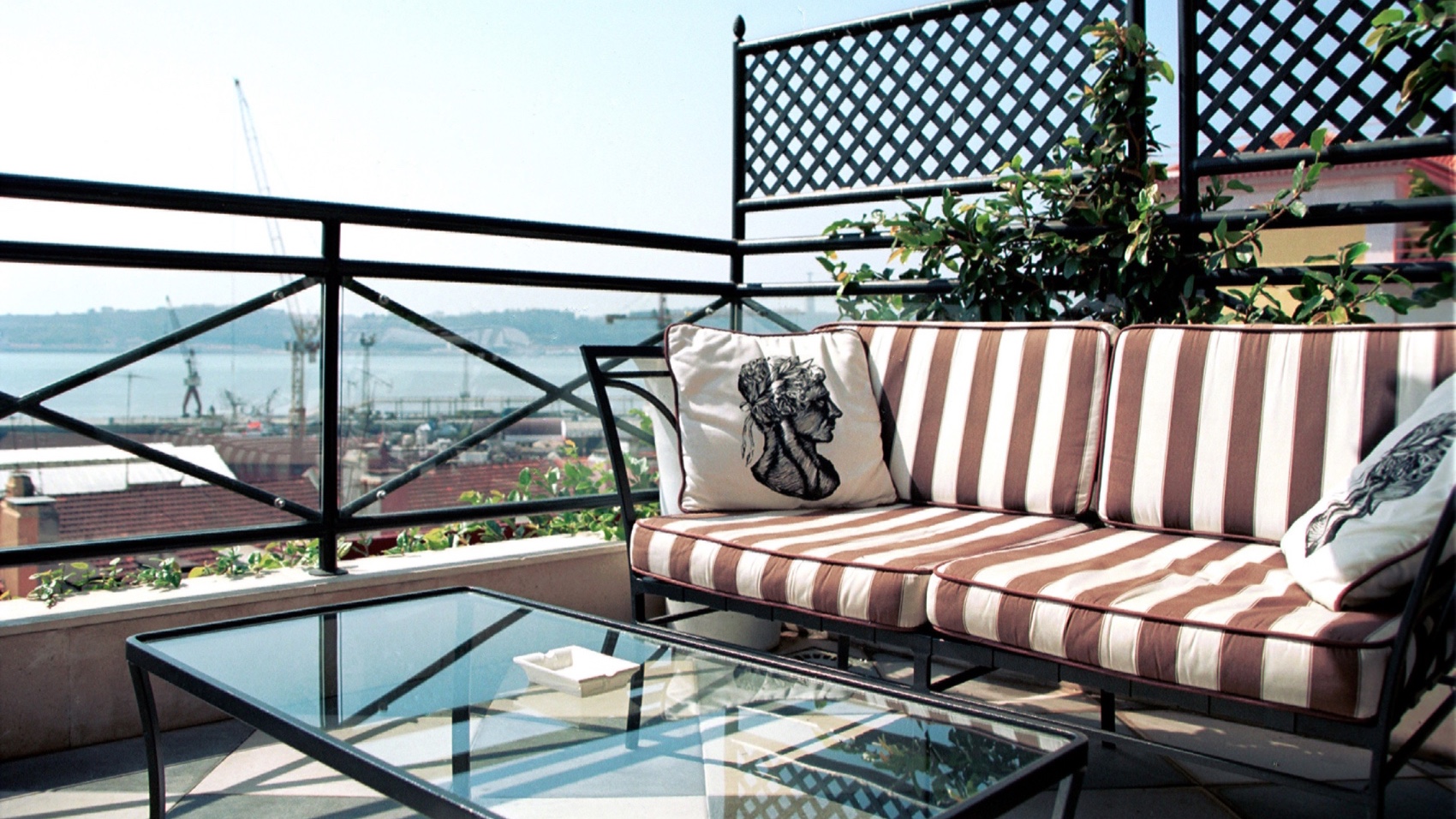 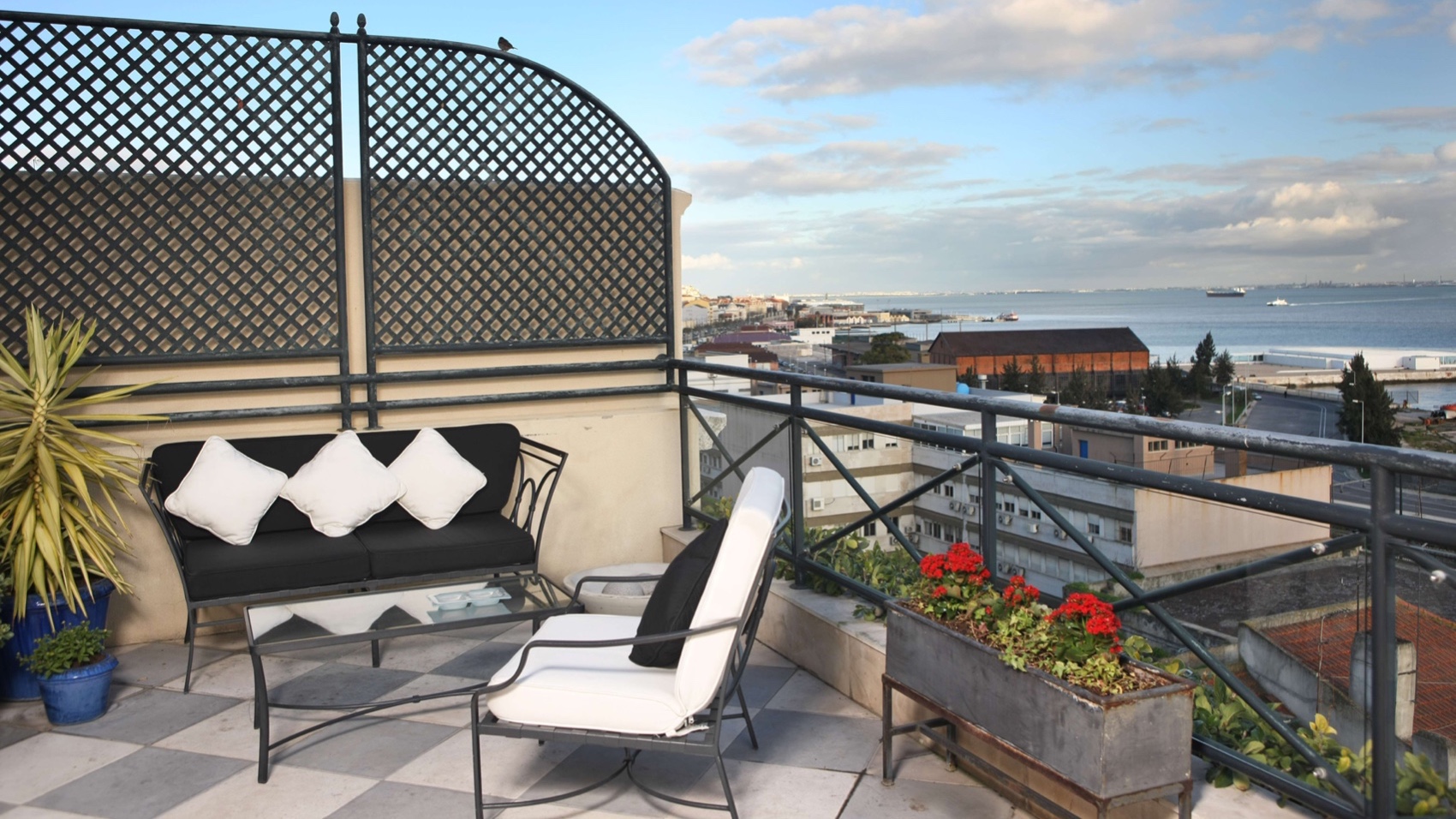 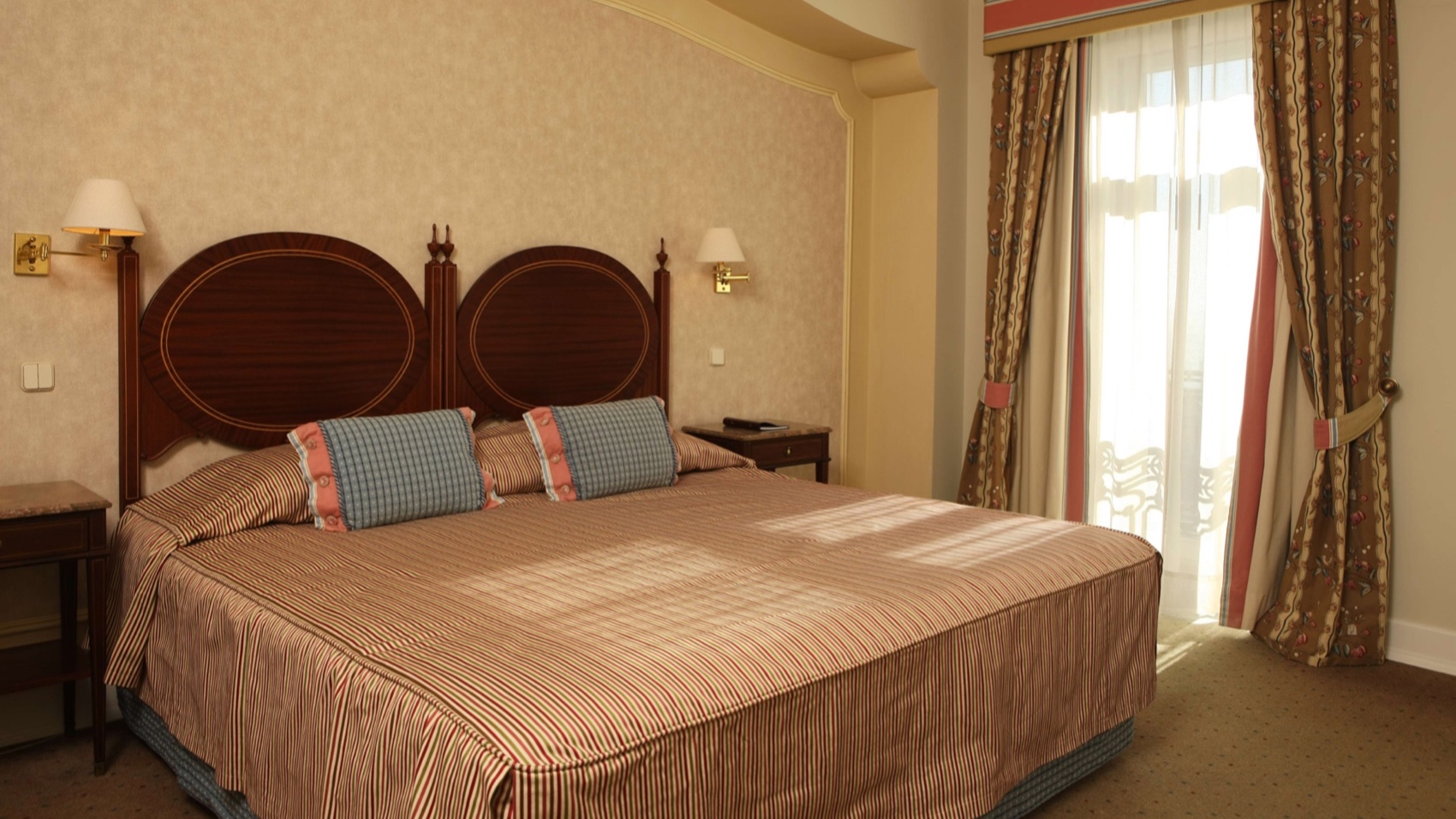 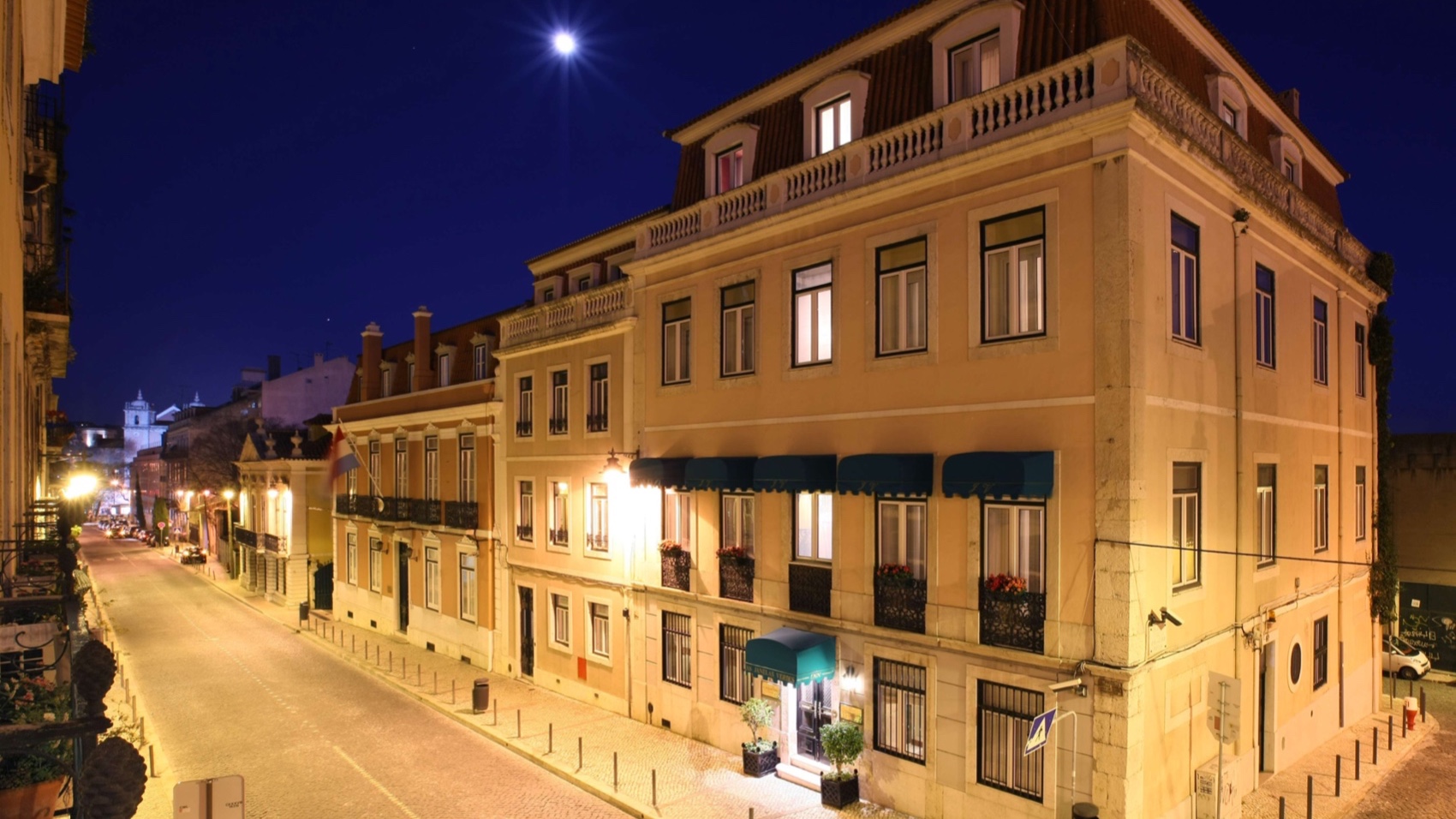 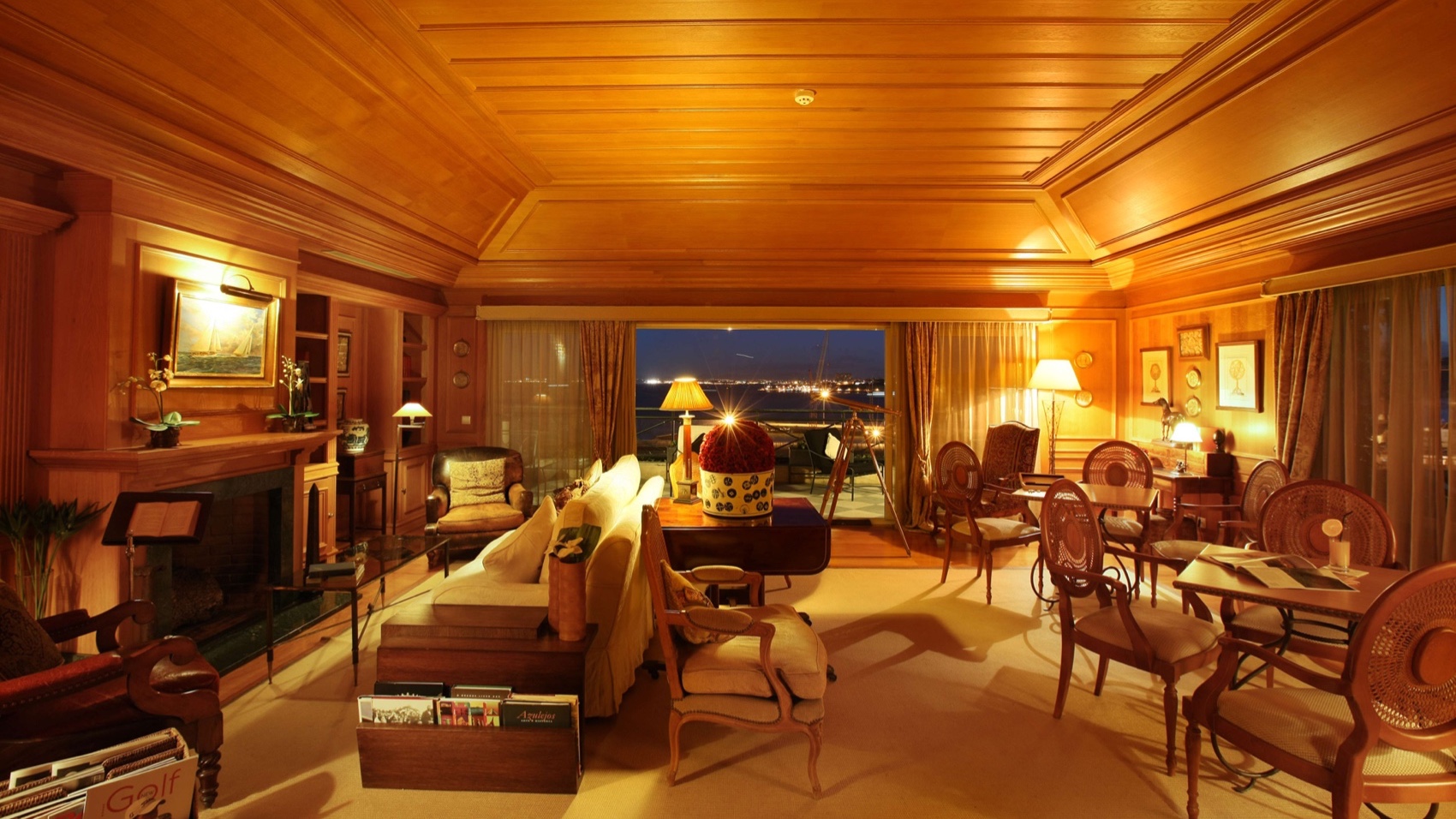 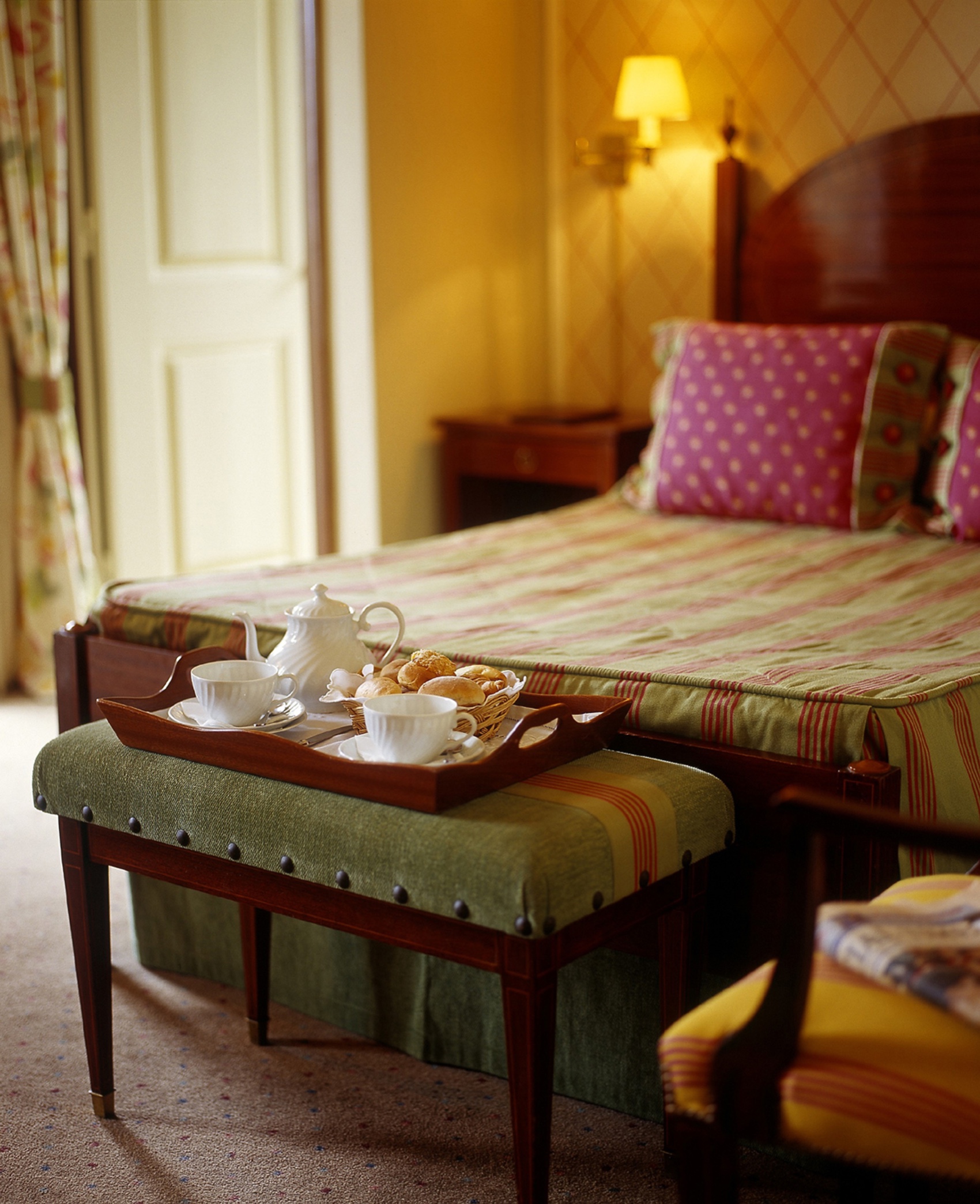 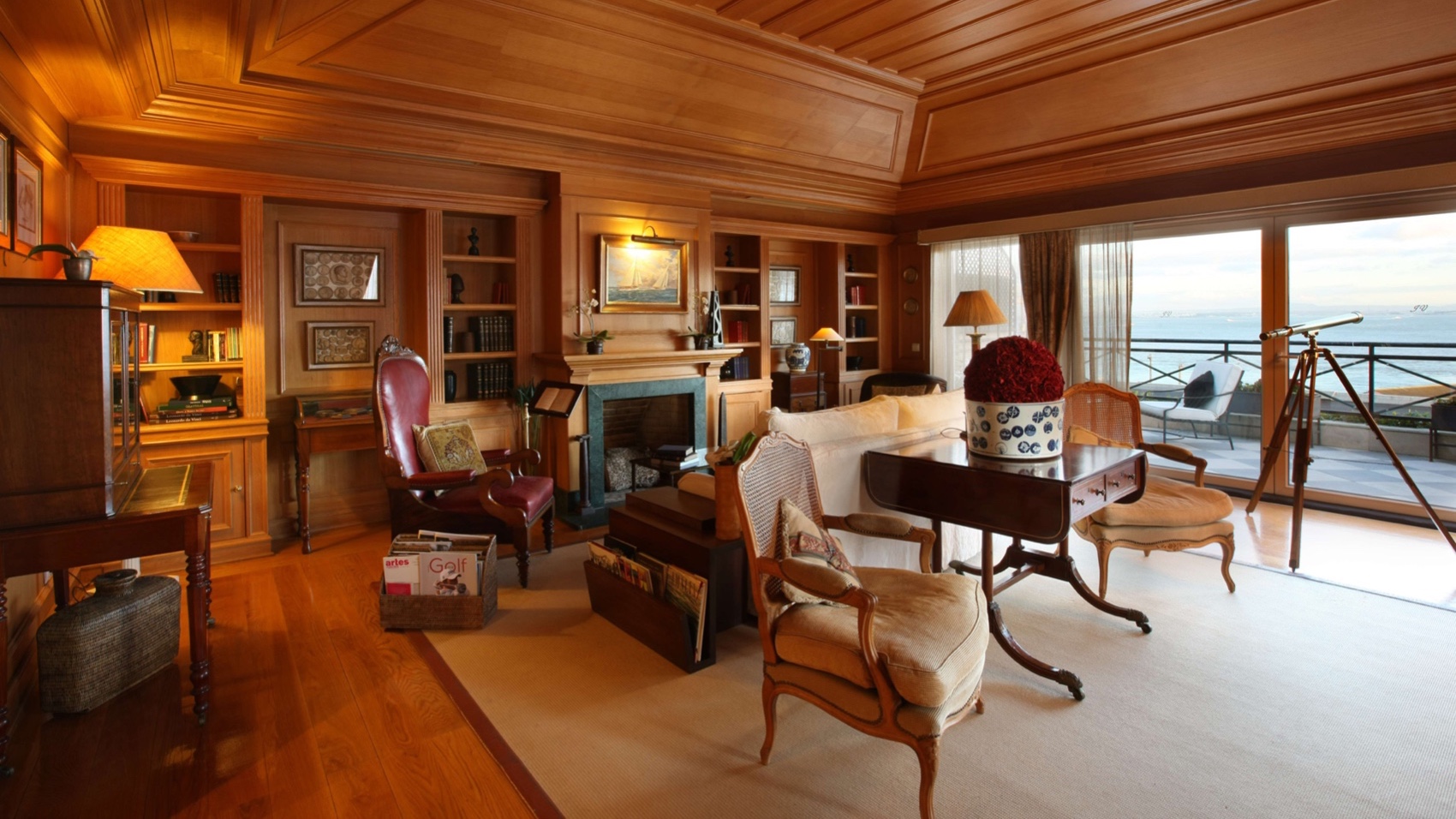 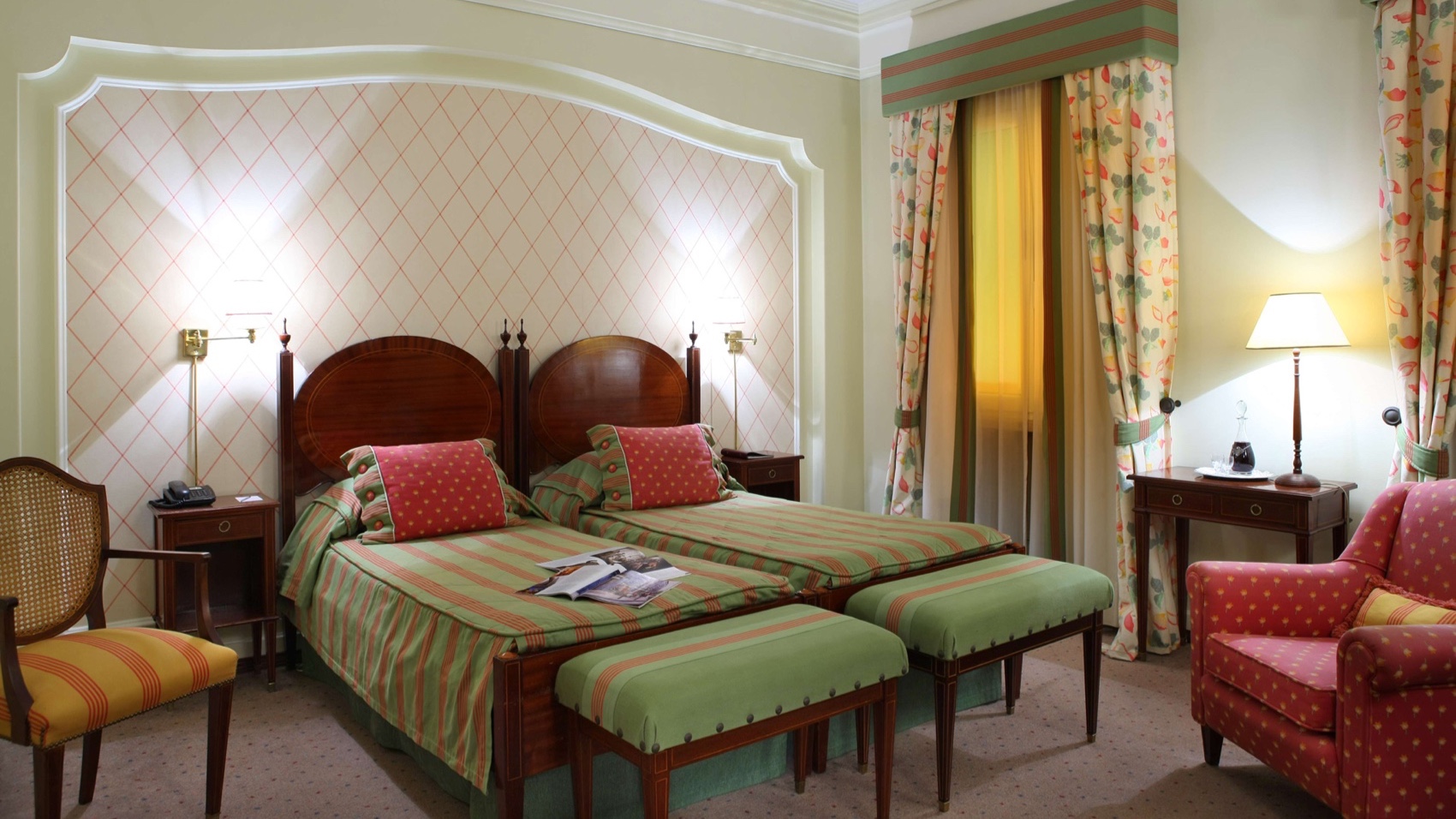 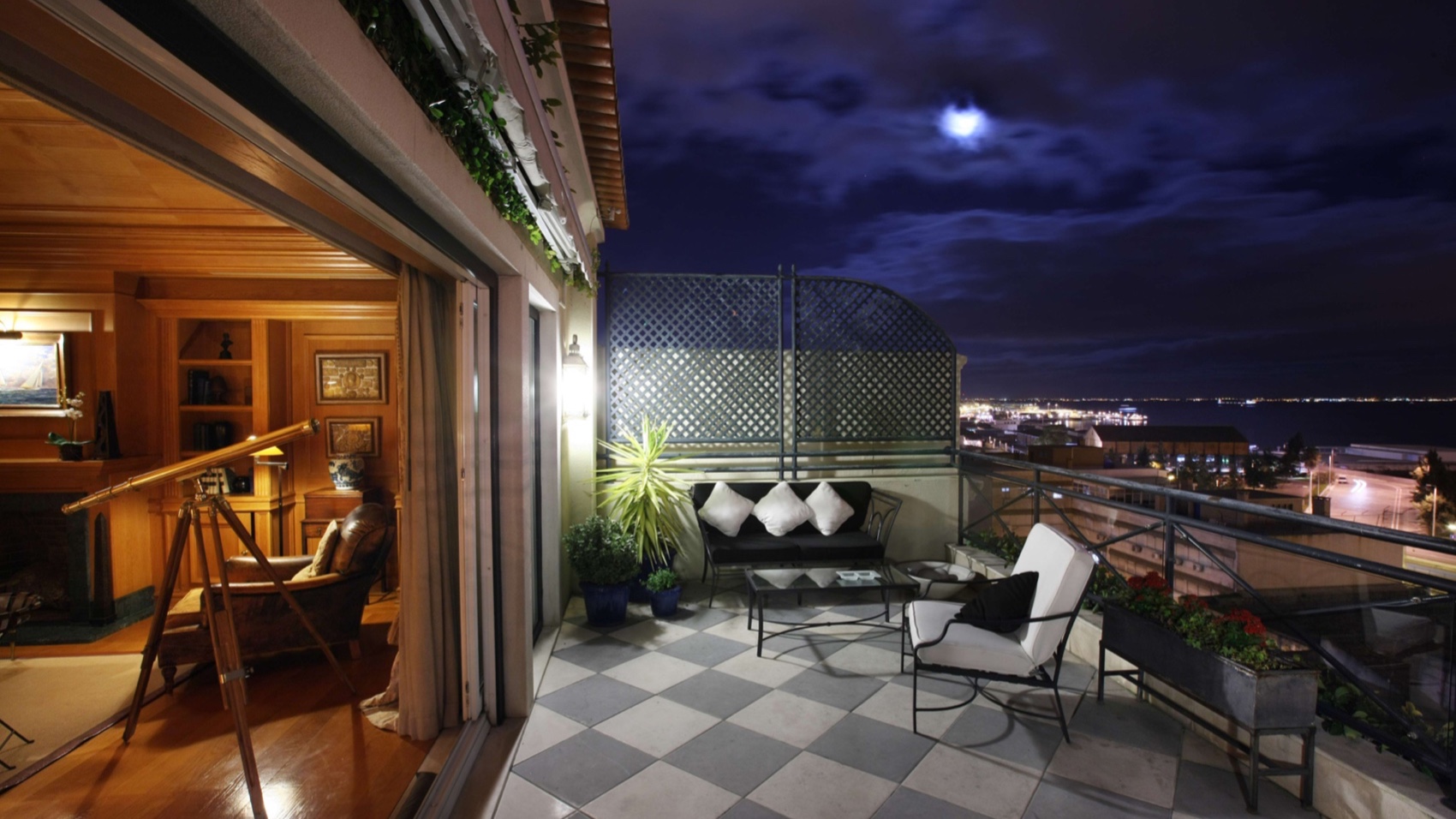 With its austere features, the House of “Janelas Verdes” reveals its charms to whosoever dares to be enveloped by the spell of this place. Returning to the time when there was time for everything and this was spent on nourishing the mind. Reading, talking, observing the blue line of the Tagus from the library terrace. Taking tea in the interior garden where the iron wrought spiral staircase stands out, devoured by the centuries-old creeper. It’s a high quality service.

In Spring the singing of the birds rocks your emotions whilst having breakfast in the garden whenever you like. Inside the house, the water from the fountain which embellishes the central line rises gently. The sun enters the rooms decorated in soft tones of coral and wood, uninvited. But it’s inviting! The bluer than blue horizon of the Tagus seen from the boutique hotel Heritage Lisboa “As Janelas Verdes”. 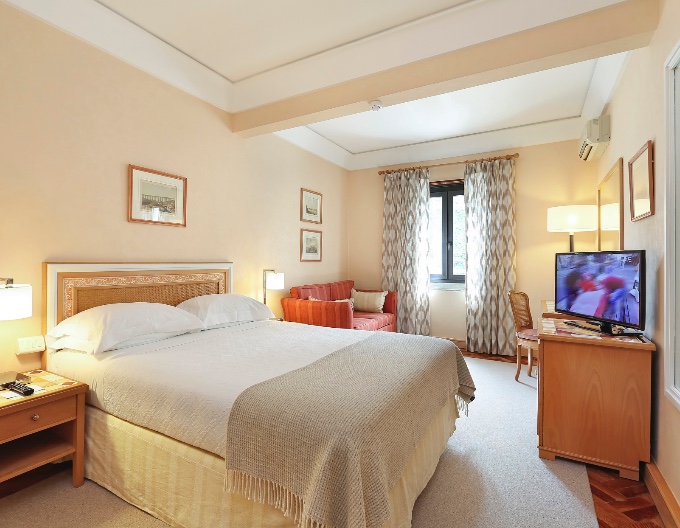